Here I am, back again. It’s been some time since i last posted here. Sorry for this. I am still here and i have something new for you! As some of you might have noticed, Embarcadero has a promotion running for a Free Delphi Starter Edition until September 9th 2016. As a lot of users are looking into it right now, i thought about trying to get Delphinus running on a Starter.

For the most parts, everything is as for every other version. So nothing to change. However there is one problem: The Starter Edition does not support compiling from Commandline. To get everything to work, i had to add a seperate IDNCompiler implementation which is then used in Starter-Editions. Similar to GetIT, it opens the project in the current Group, compiles (installs) it and removes it afterwards. 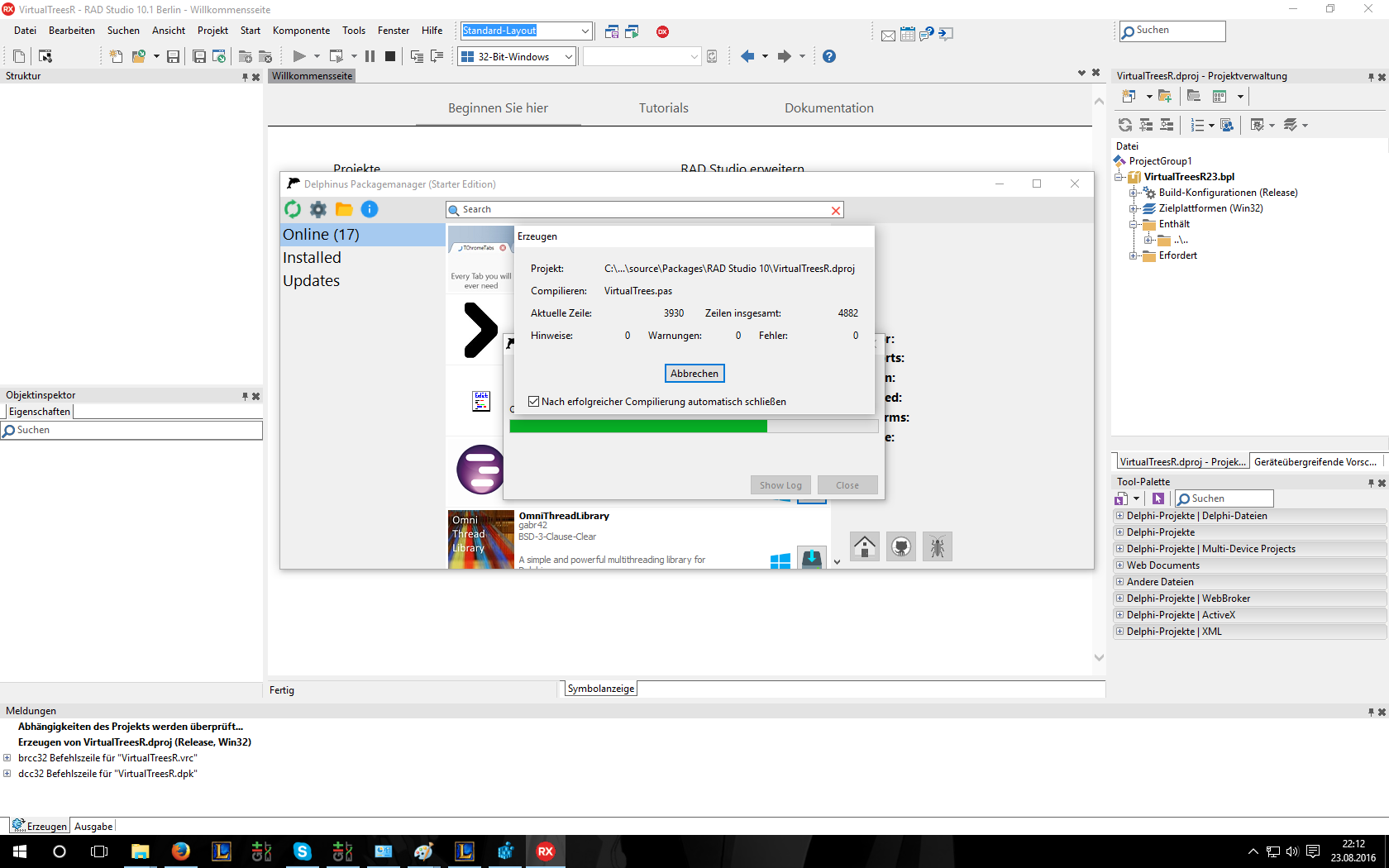 This works fine. Just a few things that are a bit odd right now:

Most probably, i’ll not get the notifications “removed”, as this is default IDE behavior and a proper project should now throw any. So for now Delphinus in a Starter-Edition might need a confirmation if the project to compile happens to have problems of some sort.

Since a Starter has not Commandlinecompiler, the Websetup will NOT work. It might display the STarteredition, but this is wrong and needs to be fixed. Just open the Delphinus-Project in your IDE and proceed manually.

Please test your Delphinus-Packages on a Non-Starter-Edition. The IDE might hide some missing/wrong information in a Projectfile and just work. MSBuild however will fail at this point!