Finally, Delphinus supports Dependencies! In short, this means you can add another Package as dependency to your package. Delphinus will take care of the rest. This will simplify the Installationprocess for the user who wants to use your package. The Wiki has been updated accordingly.

Each time a Package has Dependencies, the Dependency-Button is active. A click on it will show the list of dependencies and their actions before processing the requested package. 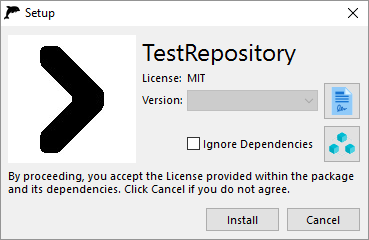 The Dependency-Dialog lists all direct and indirect Packages. So in case you wonder why a package with just one dependency ends up with multiple, that’s probably because the required Dependency has other ones. Each time a Package has Dependencies, you can choose to ignore them. In this case only the currently requested package is processed by the setup. You’ll have to take care of the rest (as it was before the introduction of dependencies).

The cool thing is, this doesn’t just work for installing/updating. It works for uninstalling aswell. So lets say i want to Uninstall one of the required packages afterwards. Then this will appear on my screen (notice the active Dependency-Button on the Setupdialog): 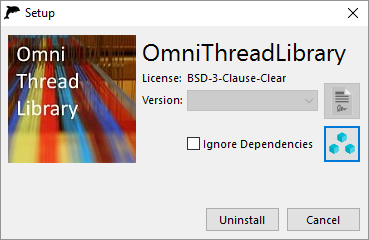 This will help to see what your action affects indirectly. Those Packages are removed by default, to avoid broken ones. However, as said before, you can ignore them and proceed.

To add a Package as dependency to your package, it must have a version. You can NOT link to unversioned ones. If the Author has not released a version, contact him. If the package is already in a stable state, he might want to add one.

Hope you enjoy this update! Next stop: Multiple-Packagesources